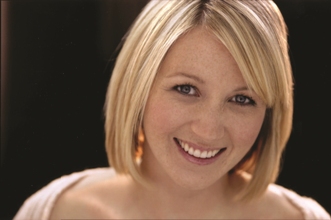 Distinguished Concerts International New York ushers in the holiday season with Handel’s Messiah – with a twist! This Thanksgiving weekend, on Sunday, November 27 at 2pm, Lincoln Center will feature, for the first time, the rich sounds of the Thomas Beecham/Eugene Goossens’ 1959 re-orchestration of Messiah for full symphony orchestra. The re-orchestration, which reappeared in 1999 after a 40-year absence, fills the concert hall with gloriously rich tonal color, to the enthusiasm of audiences wherever it has been performed. DCINY’s Artistic Director and Principal Conductor Jonathan Griffith conducts and the featured soloists include soprano Sara Jean Ford (pictured), currently starring as Christine Daae in Broadway’s The Phantom of the Opera.  Hear the array of colors the new orchestration brings to the Hallelujah Chorus– and why the original recording of the Beecham/Goossens version is one of the most popular Messiah recordings of all time.