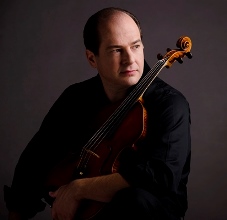 Described as “a player of rare perception” (The Strad) and “the ideal soloist” (La Presse, Montreal), violist Nicolò Eugelmi has performed to critical and public acclaim in the world’s finest venues, including Carnegie Hall, the St. Petersburg Philharmonia, the Amsterdam Concertgebouw, and the Berlin Philharmonie, among many others. For the last four years, Eugelmi has performed with the distinguished Fine Arts Quartet, touring extensively throughout Europe and North America, with as many as 100 concerts a year. Now, says Eugelmi, it is time to explore different challenges:

“As part of the Fine Arts Quartet, from 2009-2013, I had the opportunity to perform a rich and diverse repertoire, collaborate with great artists, and see the world. Over time, however, the nonstop schedule became too much. It seemed that as soon as we returned from one tour, we were flying off for the next one and, recently, it became evident that it was time to move on. I have always embraced new challenges, and as I transition into a new solo career— which for a violist is mainly chamber music and occasional solo appearances—I look forward to renewed collaborations with friends and colleagues around the world.”  Notably, Eugelmi succeeded his own mentor in the quartet’s lineage, Gerald Stanick, with whom he earned his Bachelor and Master of Music degrees at the University of British Columbia.

This week, Nick returns to Vancouver as Artist-in-Residence at UBC from November 8-16, where he will perform Bach’s Concerto BWV 1053R with the UBC Chamber Strings, a reconstruction by musicologist Wilfried Fischer of the lost Bach Viola Concerto based on BWV 49, 169, and 1053, in addition to viola and chamber music masterclasses. Other upcoming projects include concerts with members of the Milwaukee Symphony Orchestra and violinist David Kim, and a new recording with clarinetist Patrick Messina and pianist Nina Tichman in Paris.

Nicolò Eugelmi has performed as soloist with the Vancouver, Edmonton, and Montreal Symphony Orchestras, and l’Orchestre Métropolitain, under conductors Mario Bernardi, Jon Washburn, Jacques Lacombe, Jean-Claude Casadesus, and Charles Dutoit. He has given numerous Canadian, North American, and world premieres, including John Harbison’s Viola Concerto (1988), Gavin Bryars’ The North Shore, Imant Raminsh’s What Voices in an Unknown Tongue, and his own commission from the late Jacques Hétu, Concerto pour Alto et Orchestre, Op.75. Musical collaborators have included Joseph Kalichstein, Menahem Pressler, Martin Beaver, Andrew Dawes, Paul Neubauer, the Vlach Quartet Prague, and Talich Quartets, among many others.  Mr. Eugelmi held the positions of Associate Principal Violist with the Vancouver and Montreal Symphonies and Principal Violist with the Canadian Opera Company. Born in Canada to an Italian father and German mother, Eugelmi’s extensive discography includes Brahms Sonatas and Songs, named a “Strad Selection” by the prestigious magazine, and Brahms Lieder with contralto Marie-Nicole Lemieux, a Juno Award nominee and Prix Opus winner as well as a Gramophone Editor’s Choice.