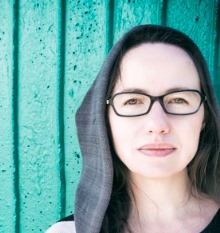 Better Gods, a new opera by composer Luna Pearl Woolf, will have its world premiere at the Kennedy Center on January 8 and 9 presented by Washington National Opera, Francesca Zambello, Artistic Director. The story of the last queen of Hawaii and the fall of the Hawaiian monarchy, with a libretto by Caitlin Vincent, the one-hour opera is part of WSO’s ambitious American Opera Initiative. The music of Luna Pearl Woolf, praised for its “psychological nuances and emotional depth,” by The New York Times, is also featured on several new recordings and is the focus of major composer portraits in Washington, DC and in Montreal in 2016.

Better Gods chronicles a pivotal moment in U.S. history, centred upon the woman who becomes the last in a line of beloved Hawaiian monarchs: “Queen Lili‘uokalani’s best elements of herself – the worldly, educated, deeply Christian woman and the rightful chief of a self-sufficient nation – came to war within herself when that sovereignty was threatened,” comments Woolf, “To me, such insuperable tension within one woman makes her a heartbreaking, fascinating and truly operatic heroine.”

Woolf’s score for Better Gods references some of Lili‘uokalani’s own musical compositions, exploring the cultural crosscurrents they embrace. The 13-player orchestra combines Western and traditional Hawaiian instruments, including Ka ‘eke’eke (bamboo pipe-drums), Pu’ili and ‘Ulili (rattles), and nose flutes, which will be seen on stage. Better Gods is directed by Ethan McSweeney with musical direction by Timothy Myers.

The following month, on Sunday, February 28 at 5pm, The Washington Chorus and Music Director Julian Wachner feature a full program of works by Luna Pearl Woolf as part of their New Music for a New Age series at National Presbyterian Church in Washington DC. On the program is Woolf’s acclaimed 2005 work Après Moi, le Déluge for a cappella choir and solo cello (performed by Matt Haimovitz). A response to the tragic aftermath following Hurricane Katrina, Après Moi has been called “sorrowful, deeply political, and aching with universal regret” by Strings Magazine. Also performed will be scenes from the The Pillar, an opera-in-progress based on the book The Wizard of Lies: Bernie Madoff and the Death of Trust by Diana B. Henriques. “As with Better Gods, The Pillar grapples with the radiating, worldly impact of our innermost struggles,” says Woolf. Excerpts from The Pillar will feature soprano Marnie Breckenridge, who also performs Woolf’s Rumi: Quatrains of Love and Odas de Todo el Mundo, a setting of the poem by Pablo Neruda, along with Matt Haimovitz, cello, and Julian Wachner, piano.

In her adopted home of Montreal, Luna Pearl Woolf will be the subject of a composer portrait called Triptych on Thursday, May 12 at 7:30pm, presented by Bourgie Hall at the Montreal Museum of Fine Arts. The evening celebrates the peculiar dynamic of three – from Mélange à trois, a wordless opera for violin, cello and percussion, to String Trio (pueraria lobata), to a new work commissioned by the Arte Musica Foundation/Montreal Museum of Fine Arts, a response to the three colossal harlequin-hued wooden figures of Venus in Jim Dine’s “At the Carnival,” newly acquired into the museum’s permanent collection.

Earlier this season, Luna was commissioned by cellist Matt Haimovitz to write a new “overture” to Bach’s sixth cello suite. The piece, for solo cello piccolo, was premiered at Miller Theatre in New York City in October and will be recorded for release next fall for the PENTATONE Oxingale Series. Her music also appears on recent PENTATONE releases Orbit and December Celebration. The holiday collection featuring new Carols by seven American composers includes Woolf’s “How Bright the Darkness” on a new text by MacArthur-winning poet Eleanor Wilner, alongside works by Corigliano, Getty, Adamo, Bolcum and Heggie. “Woolf has mustered just the right combination of sonorities and thematic material that makes the perfect glove to fit Wilner’s poetic hand,” says The Examiner.