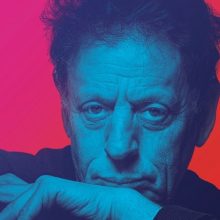 Each year, at the peak of its frigid winter, Winnipeg transforms into an oasis of the most inspiring, adventurous, and riveting music of our time. The Winnipeg Symphony Orchestra’s New Music Festival presents its 27th season from January 27 through February 2, 2018, reveling in the music of today, inspiring artists and igniting abundant audiences of all ages. The week-long internationally-acclaimed celebration of creativity is known for bringing together the biggest luminaries in the music and art world – such as Steve Reich, Jim Jarmusch, Dame Evelyn Glennie, and John Corigliano, to name just a few – to explore, debate, and discover. And concert attendance of over 7,000 makes it one of the best attended new music festivals in the world. WSO Artistic Director Alexander Mickelthwate anticipates, “This year will be nothing short of extraordinary, as we bring you the most famous minimalist composer worldwide, the most beautiful Icelandic soundscapes, the most iconic Canadian visual artist, and the most energetic new talent you can imagine.”

The Winnipeg New Music Festival is thrilled to have iconic American composer Philip Glass in residence as composer and performer. The Festival presents the world premiere of Glass’ String Quartet No. 8 with the JACK Quartet – deemed “superheroes of the new music world” by The Boston Globe – as well as the Canadian premiere of the composer’s Symphony No. 11 (2017). Glass will also be among the stellar pianists in an evening of his complete Piano Etudes. “Seeing the work of two decades compressed into an evening [of Piano Etudes] was immensely satisfying, as America’s greatest living composer stakes his claim for immortality,” said The Guardian. Another evening, devoted to choral works, presents excerpts from several of Glass’ operas. Coming off his 80th birthday season, celebrated worldwide with tributes, premieres, and performances at Carnegie Hall, in San Francisco, in London (UK), and elsewhere, as well as several new recordings, Philip Glass continues to expand his extraordinary and unprecedented impact upon the musical and intellectual life of his times.

On a momentous opening night (Saturday, January 27 at 7:30 pm), the Festival will reunite Philip Glass with Michael Snow, jazz musician, filmmaker, visionary, and “the eminence grise of Canadian art” (Toronto Star). Glass and Snow, along with Steve Reich and Richard Serra, created a revolutionary new minimalist aesthetic in the late 1960s in New York, a touchstone still felt by composers today. On the same program as the Canadian premiere of Glass’ Symphony No. 11 (2017), Snow presents his first-ever work for orchestra, a collaboration with Festival curator and composer Matthew Patton. “Philip Glass and Michael Snow, along with Reich and Serra, changed everything about how art was experienced, bending time with repetitive structures and bending perceptions with radical insight,” says Patton, “To have both men, now in their 80s, together here in Winnipeg to premiere their works, is nothing short of historic.”

The WNMF maintains a special connection with the astounding music scene in the tiny country of Iceland, half the population of Winnipeg. The 2018 Festival presents a number of world premieres by Icelandic composers including a major new work for orchestra and choir by Hilmar Örn Hilmarsson, about whose emotionally-charged film scores Opus has said: “Forget about what you thought beauty was about. [This music will] cut into your heart like a scalpel.” Also featured is a premiere choral work by two-time Academy Award nominee and Golden Globe winner for Best Score Jóhann Jóhannsson, and a Canadian premiere by Björk.

Several more of today’s major composers join the Festival for striking and unique new works. Montreal-born, Paris/Berlin–based composer and conductor Samy Moussapresents his recent Symphony No. 1, Concordia, commissioned by the Orchestre symphonique de Montréal to celebrate the city’s 375th anniversary. The Montreal Gazettepraised the “stimulating and ultimately stirring” work by a composer whose “music is rich, communicative.” American composer and Pulitzer Prize winner Ellen Taaffe Zwilich’s Symphony No. 3, called a “striking, sumptuous and somber work” (Newsday), was composed for the New York Philharmonic’s 150th anniversary. And, on opening night, the Festival presents the world premiere by WSO Composer-in-Residence and Festival Director Harry Stafylakis. A Parable for End Times is a setting of an apocalyptic text by Winnipeg-raised author Steven Erikson, for choir and orchestra.

Stafylakis comments, “WNMF 2018 features a remarkable range of musical styles and sound worlds. I’m equally thrilled by our lineup of world-class guest artists. The WSO continues its commitment to contemporary Canadian art with the WNMF Composers Institute, an evening devoted to world premieres of six emerging composers from across the country, plus the winner of the CMC Prairie Region’s Emerging Composer Competition, Luis Ramirez. I can’t think of a place I’d rather be in the heart of winter!”

And, for the first time, WNMF is stepping out into the daylight for bite-sized performances during the lunch hour. Join us around Winnipeg during the Festival for free concerts. See the schedule at wnmf.ca/in-the-community

Directly following the official festival is the premiere of a new, live film score to Dawson City: Frozen Time. Film director Bill Morrison pieces together the bizarre, true history of a long-lost collection of 533 nitrate film prints from the early 1990s. Located just south of the Arctic Circle, Dawson City was the final stop for a distribution chain that sent prints and newsreels to the Yukon. The films were seldom returned. The Dawson City Collection was uncovered in 1978 when a bulldozer dug up a horde of film cans. These permafrost-protected, rare silent films and newsreels, paired with archival footage, interviews, and historical photographs, get a new live score by Sigur Rós producer/collaborator Alex Somers (of Jonsi and Alex, and Riceboy Sleeps). The screening with live music takes place on Saturday, February 3 at 8:00 pm at Knox United Church ($35 advance $40 at the door). In collaboration with Jazz Winnipeg.

For the full line-up of the 2018 Winnipeg New Music Festival Line Up please see:

The WSO is integral to Winnipeg’s rich cultural life, delighting more than 225,000 audience members each year with innovative programming and musical excellence. The WSO presents educational programs for more than 40,000 students annually and tours to communities across Manitoba.