Sondra Radvanovsky in Recital: From Bel Canto to Versimo 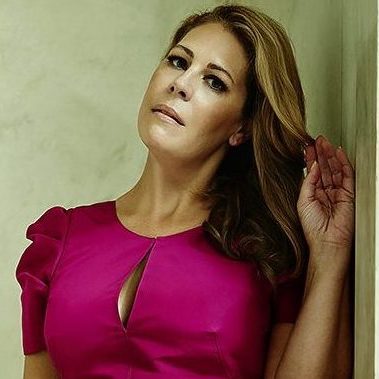 Deemed “an essential artist” by The New York Times, soprano Sondra Radvanovsky continues to astound audiences around the world with her magnificent portrayals of opera’s great dramatic heroines. Toronto audiences have the rare opportunity to experience Radvanovsky’s artistry in the intimacy of a recital setting, on Saturday, November 24 at 8pm at Koerner Hall, with pianist Anthony Manoli, presented by ShowOne Productions. The all-Italian program, From Bel Canto to Verismo, will touch upon Radvanovsky’s history-making roles, which have firmly established her as one of the reigning voices of our era.

“I am thrilled and honored to be presenting Sondra Radvanovsky in recital once again,” comments Svetlana Dvoretsky, founder of ShowOne Productions. “We first presented Sondra in concert with Dmitri Hvorostovsky back in 2010, when many Canadians had the opportunity to discover her for the first time, which was followed in 2015 by the incredible success of her Koerner Hall recital debut.”

Indeed, it is in the intimacy of a recital that Radvanovsky’s vocal and dramatic gifts are even more overwhelming. Following the 2015 concert in Toronto, The Globe and Mail said: “Radvanovsky had us at our ease before she sang a note, and then proceeded to deliver a stunning, stupendous program that reminded us why she is a once-in-a-generation vocal supernova … for all her vocal power, is an artist above all else, that is, a communicator of musical and lyrical emotion.” Of a recent recital in Quebec City, Opera Canada commented, “Not only did she sing impeccably, but this prima donna also broke the typical recital conventions … She spoke to the public in between pieces, creating a rapport, sharing her musical intellect and allowing the audience to feel at home by sharing personal anecdotes … At the end of the concert a divine silence reigned as everybody in the audience was speechless, incapable of finding the words to describe the beauty they had just witnessed.”

Critics have also been rapt following Sondra Radvanovsky’s star turn in Anna Bolena with the Canadian Opera Company this spring. The Globe and Mail called her performance “astonishing … she has a true palette of colours in her voice, the most thrilling of which are the metallic bite she reserves for an earnest phrase and the sheer volume she wields like a fabulous weapon.” “I felt I was pinned to my seat by her sound,” said Ludwig van Toronto, “In the very long final Mad Scene, a huge sing, the soprano was indefatigable, maintaining beauty of tone to the end … Totally remarkable.” And The Toronto Star declared: “Radvanovsky at the peak of her powers is something extraordinary to behold.”

Recent triumphs for Radvanovsky include Bellini’s Norma, which opened the new season at the Metropolitan Opera, prompting critics to herald her as “the Norma of her generation.” Also at the Met, she made history conquering Donizetti’s “three queens” — the leading soprano roles in his Tudor dramas Anna Bolena, Maria Stuarda and Roberto Devereux — in a single season. “The applause and bravos for the soprano Sondra Radvanovsky were frenzied,” said The New York Times, of Radvanovksy’s performance as Queen Elizabeth in Roberto Devereux, “The audience members knew that they had just witnessed an emotionally vulnerable and vocally daring performance, a milestone in the career of an essential artist.” A frequent and beloved artist at Barcelona’s Gran Teatre del Liceu, Radvanovsky recently brought down the house, performing an encore of “La mamma morta” in Andrea Chénier, a feat not seen at that opera house in 20 years.

Formed in 2004 by Svetlana Dvoretsky, Show One Productions is a full scope production company that presents concerts with high-profile classical musicians, opera stars, and orchestras, as well as great dance and theatre companies. For over a decade, Show One Has presented thousands of performances on Canada’s best stages and concert halls and has made many Canadian debuts possible including last season’s historic Trio Magnifico: The Ultimate Opera Gala with Anna Netrebko, Yusif Eyazov, and the late Dmitri Hvorostovsky. Other Show One Productions’ presentations to date include: BRODSKY/BARYSHNIKOV, a one-man theatrical performance performed by Mikhail Baryshnikov; Valery Gergiev and Mariinsky Orchestra; Yannick Nézet-Séguin and the Rotterdam Philharmonic; Vladimir Spivakov and National Philharmonic of Russia and Moscow Virtuosi Chamber Orchestra; Orchestre National de France; soloists Denis Matsuev, Mischa Maisky, Ann-Sophie Mutter, and Mutter Virtuosi, amongst many others.

Show One Productions presents Sondra Radvanovsky in Recital with pianist Anthony Maloni – From Bel Canto to Verismo – for one night only, on Saturday, November 24th at 8:00 pm at Koerner Hall, 273 Bloor Street West. Tickets go on sale Thursday, May 24 at www.rcmusic.com or (416) 408-0208.