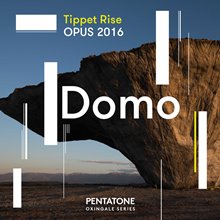 From a summer of world-class performances in the intimacy of a concert barn, located on a 10,260-acre, working ranch dotted with majestic large-scale sculptures – all nestled against the backdrop of the Beartooth Mountains – comes Tippet Rise OPUS 2016: Domo, new from the PENTATONE Oxingale Series. In a centennial Scriabin year, music by the Russian mystic composer, alongside Chopin, Stravinsky, Rachmaninoff, and Antón García Abril, are realized live by pianists Yevgeny Sudbin, Svetlana Smolina, Christopher O’Riley, Anne-Marie McDermott, Stephen Hough, Jenny Chen and Julien Brocal with cellist Matt Haimovitz, trumpeter Elmer Churampi, and soprano Emily Helenbrook. The inspiration of artists Cathy and Peter Halstead, the Tippet Rise Art Center celebrates the concept that art, music, architecture, and nature are inextricably linked in the human experience, each amplifying the other. Reflecting that bold and expansive mission, Tippet Rise OPUS 2016 presents a cornucopia of virtuosity, fantasy, and transcendence.

The album’s cover reveals a view of the megalith, Domo, the largest outdoor sculpture at Tippet Rise: a giant’s table in the mystical shape of a neolithic dolmen, designed and created by architects Antón García-Abril & Débora Mesa of Madrid’s Ensamble Studio. Under the spreading canopy of this colossal structure, music can be heard spinning out over the hilly prairie. But when the wind whips up, or storm clouds barrel down, we return to the comfort of the Olivier Music Barn, where pianists have their pick of a veritable Eden of instruments – ten Steinway pianos grace the Tippet Rise collection.

Oxingale’s Luna Pearl Woolf and Matt Haimovitz curated this compilation. “This first summer at Tippet Rise, themes and symmetries emerge organically from live performances by extraordinary artists. The OPUS 2016 program, oscillating back and forth between solo piano and duos of varying formation, celebrates the expansive, symphonic dialogue of human imagination and nature at Tippet. Nothing can replace the combined intimacy and grandeur of attending these concerts live, but with the new Tippet Rise OPUS series, we hope to share these musical moments, and their captivating surroundings, with the world.”

The ecstatic music of Alexander Scriabin frames this album: pianist Yevgeny Sudbin’s Sonata No. 5, and Poème de l’extase, arranged for two pianos and trumpet, performed by Christopher O’Riley and Svetlana Smolina with Elmer Churampi. More Russian masters are represented by cellist Matt Haimovitz and O’Riley, with Rachmaninoff’s Vocalise, a magical moment previewing the pair’s 2-CD album of Russian music, TROIKA, to be released fall 2017. We continue with “La semaine grasse” from Stravinsky’s solo piano arrangement of Petrushka with Jenny Chen, and Rachmaninoff’s La nuit … L’amour, movement II of the Suite No. 1, Op. 5 (Fantaisie-Tableaux for two pianos) with O’Riley and Anne-Marie McDermott. Yet another superb pianist, Stephen Hough, entrances with Chopin’s Nocturne Op. 15, No. 2 in F-sharp major. Antón García Abril, a venerated Spanish composer and father to one half of Domo-creators Ensamble Studio, was commissioned to write a new song cycle for this inaugural season. A selection from his setting of seven poems by Tippet Rise’s co-founder Peter Halstead is performed by O’Riley and soprano Emily Helenbrook. Pianist-composer Julian Brocal contributes his own composition, Souvenirs, as an exclusive addition to the digital album.

“Scriabin believed that a weeklong concert outdoors, complete with dancing and drinking, would result in the Apocalypse. We’re delighted Tippet Rise has proved him wrong,” said Tippet Rise founders Cathy and Peter Halstead. “We can aver that a season long outdoor concert series results in musical epiphanies, personal revelations, and a visceral empathy with nature. The pieces chosen for this CD captures how the soul of Tippet Rise’s 10,260 acres is reflected and enhanced by the music made here.

In joining the PENTATONE Oxingale Series, we are thrilled to be in the same company as the classic Philips repertoire and as the great cellist Matt Haimovitz, linking the finest achievements of the past with the technology of the future. We look forward to many more years of our partnership, which brings our audience closer to the ambiance that shapes our summer concerts.” 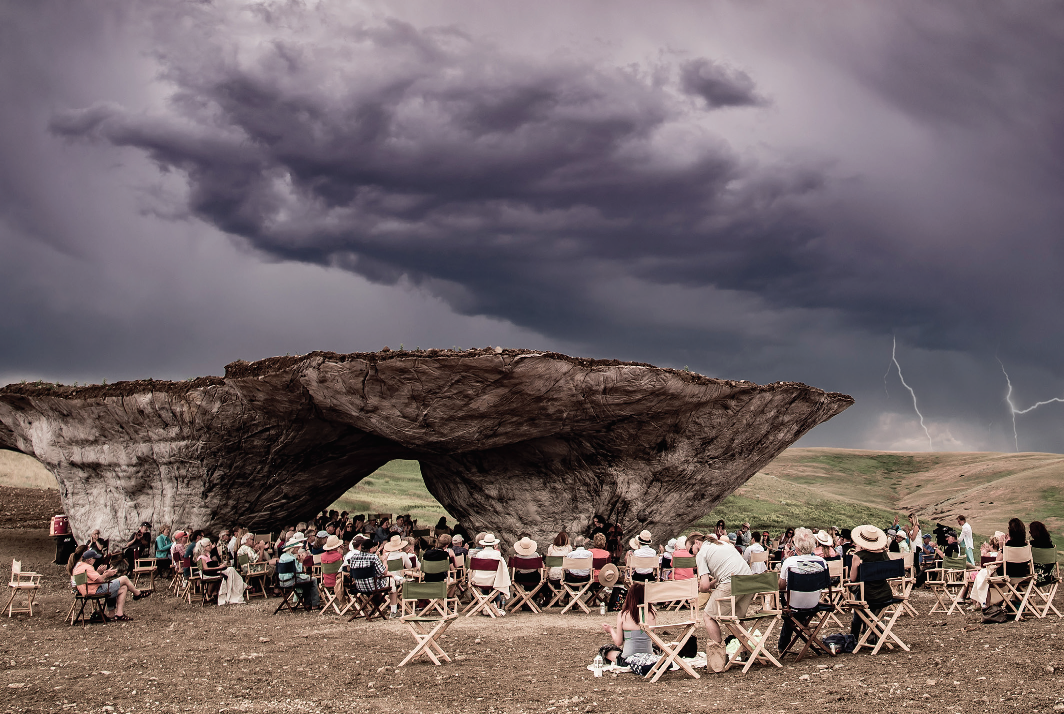 Tippet Rise OPUS 2016: Domo is available now in HD and SD digital and will be released worldwide on August 4, 2017. An integral part of Montana’s musical scene, the album is always available as a souvenir from the Art Center itself.

Tippet Rise Art Center is located in Fishtail, Montana against the backdrop of the Beartooth Mountains, roughly midway between Billings and Bozeman and north of Yellowstone National Park. Set on a 10,260 acre working sheep and cattle ranch, Tippet Rise hosts classical music performances and exhibits large-scale outdoor sculptures. Tippet Rise believes that art, music, architecture, and nature rise to a new level when they collaborate.

As an institution founded to serve its neighbors in Montana as much as visiting musicians, artists, and audiences, Tippet Rise develops and supports year-round education programs in schools at the K-12 level, in local colleges and universities, and other organizations.