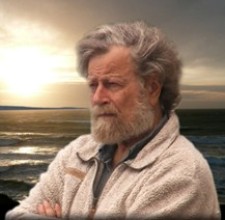 Distinguished Concerts International New York (DCINY) presents Shining Light, an extraordinary weekend of illuminating events. Encompassing a premiere film screening alongside major concerts at Carnegie Hall and Avery Fisher Hall, DCINY celebrates the life and music of National Medal of Arts recipient Morten Lauridsen, America’s most frequently performed choral composer.  DCINY will host the New York premiere of the documentary film Shining Night (March 30) and present major works by Lauridsen, who will be in residence throughout the weekend, in concerts at Avery Fisher Hall, conducted by Artistic Director Jonathan Griffith (March 31), and at Carnegie Hall, also featuring music by composer and conductor Eric Whitacre (April 1). This will be a truly a “shining” weekend in tribute to a treasured composer called an “American Choral Master” by the National Endowment for the Arts.

Exploring the relationship of art, nature, and spirituality, Shining Night, a new film by Michael Stillwater, conveys the richness and breadth of composer Morten Lauridsen’s life, with a soundtrack featuring his masterworks. Wall Street Journal critic Terry Teachout praises Lauridsen’s “radiantly beautiful music,” calling the film “a heartening rarity, a thoroughly intelligent classical-music program that strikes an appropriate balance between words and music.” The screening on Friday, March 30 at 5:30pm will be followed by a Q&A with the composer, filmmaker Michael Stillwater and Eric Whitacre.

On Saturday, March 31, 2:00pm at Avery Fisher Hall, DCINY Artistic Director and Principal Conductor Jonathan Griffith conducts one of
Morten Lauridsen’s seminal works, Lux Aeterna, 15 years after the much-performed work was created. Composed after Lauridsen received news that his mother was dying, Lux Aeterna is a meditation about illumination, searching for peace and reconciliation in the face of death.

Sunday, April 1 at 8:30pm will be a splendid evening of music at Carnegie Hall, conducted by frequent DCINY collaborator and recent Grammy winner Eric Whitacre, one of the most popular and performed composers of our time, and featuring the Distinguished Concert Singers International. Whitacre will conduct works by Morten Lauridsen, with Mr. Lauridsen himself on the piano, as well as a series of his own works.