Brian Current is the Winner of the Inaugural Azrieli Commissioning Competition 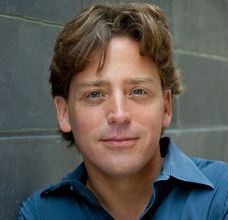 The Azrieli Music Project (AMP) is proud to announce that Brian Current is the winner of the inaugural Azrieli Commissioning Competition, a $50,000 prize for a new work of orchestral Jewish Music of 15 to 25 minutes duration, by a Canadian composer. Two new prizes of $50,000 each were established this year by the Azrieli Foundation in order to celebrate, foster and create opportunities for the performance of high quality new orchestral music on a Jewish theme or subject. Current’s new work – along with the work to be awarded the international Azrieli Music Prize in early 2016 – will be performed by the Orchestre symphonique de Montréal and Maestro Kent Nagano at The Azrieli Music Project Gala Concert at Maison symphonique de Montréal on October 19, 2016.

One of Canada’s most followed and lauded young composers, Brian Current – a graduate of McGill University as well as UC Berkeley – won a Juno Award earlier this year for his opera Airline Icarus. Azrieli Music Project founder Dr. Sharon Azrieli Perez comments, “I would like to offer my personal congratulations to Brian for both his exceptional talent as a composer, as well as the fascinating proposal he submitted to the competition. In the submissions we received from across the country, the jury noted the extremely high quality of the applicants, as well as the care and thought that went into the excellent proposals. We were impressed with the variety of topics considered and the creative approaches the applicants employed in their attempts to interpret the musical and philosophical questions at the heart of the Azrieli Commissioning Competition.” The choice of Mr. Current was unanimous amongst the Azrieli Music Project jury, which includes conductor Boris Brott; composer Aaron Jay Kernis; musicologist Neil Levin; conductor and composer Steven Mercurio; and composer Ana Sokolović.

Kent Nagano, Music Director of the Orchestre symphonique de Montréal remarks: “The Orchestre symphonique de Montréal is delighted to take part in this ground-breaking new commissioning initiative, which sets an impressive example for both philanthropy and new creation in Canada. On behalf of the OSM, I offer our sincere congratulations to Brian Current on winning the inaugural Azrieli Commissioning Competition, and our gratitude to the Azrieli Foundation for spearheading this collaborative project.”

Brian Current comments: “I cannot tell you how inspiring it is for the entire musical community that there is an award like the Azrieli Commissioning Competition that supports new Canadian creation on a grand scale. It is a beautiful example of visionary patronage and I’m sure that it will inspire many others to support artists across Canada. I am supremely grateful to be chosen for this opportunity and will my do my utmost to create a lasting and heartfelt work, and one that I hope will stand up to the Foundation’s remarkable vision of the prize.”

Brian Current’s The Seven Heavenly Halls will be scored for choir, orchestra and solo tenor. Current was inspired by the Zohar, the foundational book of the Kabbalah and the most mysterious of Jewish mystical texts. “While reading through the Zohar, I immediately heard turbulent and gestural music full of orchestral colours,” says Current, “Even more inspiring was the reference to the Sefer Hekalot or the Seven Heavenly Halls, a series of ecstatic stages where each vision is marked by a different colour.” The new work will trace a mystical progression through seven ecstatic states, each described by a musical colour. Current will add brighter and brighter overtones to the orchestration, reaching a climax where the music depicts an infinitely bright and dense vision. Current intends for The Seven Heavenly Halls to become part of River of Light, a six-movement cycle for choir, orchestra and soloists to be completed in 2018.

Commenting further on winning the first Azrieli Commissioning Competition, Current said: “As you can imagine, it is humbling to be asked to confront the music of one of the world’s great traditions, especially one that is not only a religion but also a philosophy, culture and way of life. However, I am completely inspired by the texts, melodies and harmonies of the Judaic tradition and the courage and beauty that have shaped them over the centuries. I sincerely believe that the audience will find these materials to be as inspiring as I have, and can’t wait to get to work on exploring and celebrating them in collaboration with the outstanding musicians and chorus of the Orchestre symphonique de Montréal.”

The Azrieli Music Project is now seeking submissions for the $50,000 Azrieli Prize in Jewish Music. The international prize will be awarded to the living composer of a recently composed and/or performed work of orchestral Jewish music, of minimum 15 minutes duration. The work must have been written in the last 10 years (after January 1, 2005), and have never been commercially recorded. Composers may be of any age, experience level, nationality, faith, background or affiliation. Deadline for submissions by open nomination is January 1, 2016.

The Azrieli Foundation is a Canadian philanthropic organization that supports a wide range of initiatives and programs in the fields of education, architecture and design, Jewish community, Holocaust commemoration and education, scientific and medical research, and the arts.