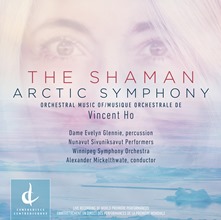 Striking live recordings of two monumental orchestral works by Canadian composer Vincent Ho, commissioned by the Winnipeg Symphony Orchestra (WSO), are brought together on a new release from Centrediscs, available October 13. The WSO and conductor Alexander Mickelthwate perform The Shaman: Concerto for Percussion & Orchestra, featuring a tour-de-force role for Dame Evelyn Glennie, and Arctic Symphony, Ho’s mesmerizing atmospheric musical portrait of the north, co-commissioned by climate change scientist Dr. David Barber of the University of Manitoba. The remastered CBC Radio live recordings beautifully showcase the compelling sound world of Vincent Ho, whose music John Corigliano describes as “wild and fanciful … [Ho] takes us to the limits of sonic energy, but it is also intimate and tender, for he is not afraid to reveal his truly lyrical soul.

Meeting Evelyn Glennie inspired Ho to compose The Shaman: “I have always been fascinated by the concept of shamanism,“ says Ho, “Shamans treat physical ailments by mending the person’s soul while connecting them to supernatural realms. This is how I see Dame Evelyn Glennie; her performances are spiritual events. She has the uncanny ability to draw the audience into a magical world and take them through wondrous journeys that are beyond material existence.”

Glennie inhabits the role of the shaman, making a ceremonial entrance while surrounded by otherworldly sounds. Casting her spell on the audience, the music develops into a primal dance that harkens the ancient rituals of tribal celebrations. A free-form impromptu offers Glennie a virtuoso improvisatory opportunity, followed by an interlude where the soloist summons up the “spirits of the earth” (the orchestra) as they prepare for the explosive finale. Inspired by the primitivism and unbridled energy in works like Stravinsky’s The Rite of Spring, Ho unleashes his inner inferno in the final “Fire Dance.” The widely acclaimed work has been performed by the Toronto Symphony Orchestra and in several Asian cities, as well as at Carnegie Hall’s Spring for Music festival in 2014, with Mickelthwate and the WSO, where The New York Times declared it “brilliant and compelling” and New York Classical Review called it “swaggering, satisfying and often spectacular.” 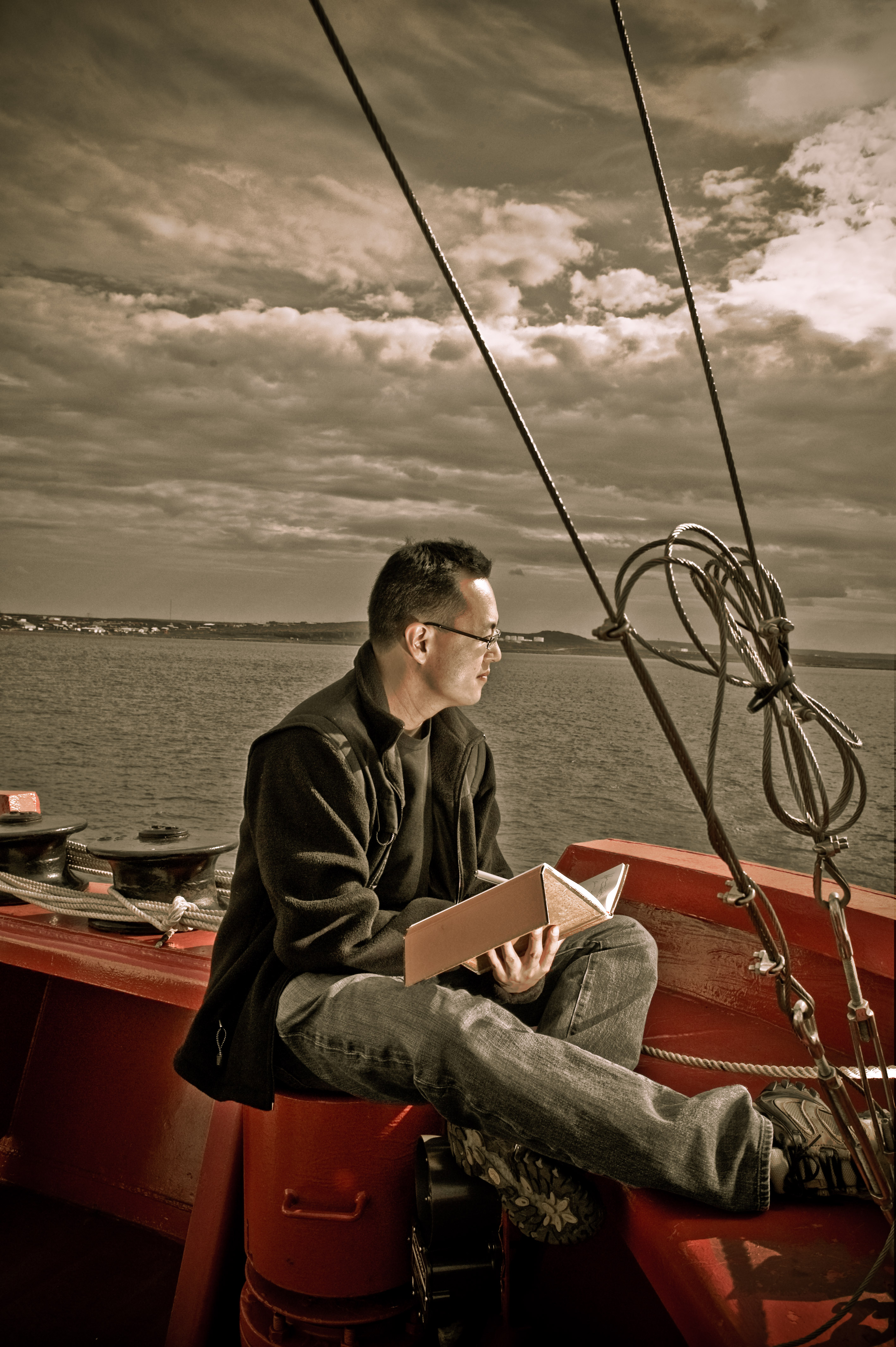 In 2008, Vincent Ho had the opportunity to visit the Arctic region as part of an “Artist on Board” program through the Circumpolar Flaw Lead Systems Study organization. This unique program was created by scientist Dr. David Barber whose vision was to invite artists of various disciplines to visit the region and create their own interpretation of the land. The unique experience – which included learning from leading climate change scientists and visits to indigenous communities – inspired the Arctic Symphony. In advance of the work’s 2010 premiere, conductor Alexander Mickelthwate commented to The Globe and Mail, “Vincent created these incredible soundscapes that feel like landscapes. You literally see and feel the ice.”

Enchanted by the Arctic but immersed in Northern environmental concerns, Ho wondered: “If the land could sing, what would it say or sound like?” The composer’s creative journey took the form of an extended song without words, where emotional statement and sorrowful cry manifested in cascading harmonies and free-floating melodies, drifting in and out like Northern winds. In his finale, Ho aimed to bring together the two cultures of his guides: scientists and elders. “Though their experiences and relationship with the Arctic came from differing perspectives, they had a common concern for the region’s plight,” says Ho. Bookending the symphony are two songs by the Inuit youth ensemble, the Nunavut Sivuniksavut performers, with an evocative backdrop of Arctic environmental sounds. The chilling work resonates even more strongly today, as climate change concerns dominate the news and politics.

Dame Evelyn Glennie is the first person in history to successfully create and sustain a full-time career as a solo percussionist, performing worldwide with the greatest conductors, orchestras, and artists. Evelyn’s solo recordings, which now exceed 30 CDs, are as diverse as her career on-stage. A double GRAMMY award winner, Glennie is a leading commissioner of new works for solo percussion and has more than 200 pieces to her name from many of the world’s most eminent composers. Profoundly deaf since age 12, Evelyn’s film Touch the Sound and her enlightening TED Talk remain key testimonies to her approach to sound-creation. With over 80 international awards to date, including the Polar Music Prize, a Damehood, and the Companion of Honour, Evelyn continues to inspire and motivate people from all walks of life.

The Winnipeg Symphony Orchestra has toured throughout Canada, and made its first appearance at Carnegie Hall in 1979. The orchestra has worked closely with the Canadian Broadcasting Corporation since 1954, with numerous recordings on the CBC label and thousands of national radio broadcasts. The WSO is known internationally for its annual New Music Festival, which provides an environment rich in exploration and discovery of new works by composers from Canada and around the world.

This recording project was made possible by the generous support of Marten Duhoux and Joanne DeFehr, and FT3 Architecture.