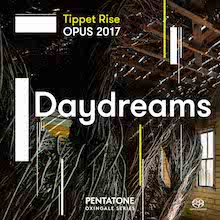 is the second compilation album to emerge from the summer music season at Montana’s Tippet Rise Arts Center, a 10,260-acre working ranch where monumental sculptures and performance spaces of acoustic perfection nestle against the Beartooth Mountains near Yellowstone National Park. From the PENTATONE Oxingale Series, Tippet Rise OPUS 2017 inhabits the sphere of Daydreams, a whimsical sculpture by Patrick Dougherty where natural willows organically emerge out of an eroding schoolhouse. Featuring an inspiredworld premiere commission by Aaron Jay Kernis for cellist Matt Haimovitz and pianist Andrea Lam, evocative turns from violinist Caroline Goulding, percussionist Doug Perkins, and flutist Jessica Sindell, and breathtaking performances from several brilliant pianists in music from Bach to John Luther Adams, Daydreamsopens a visionary portal to the past and future.

Aaron Jay Kernis’s jazz-infused FIRST CLUB DATE is the first work in a three-year cycle of commissions by Tippet Rise, which premiered last August. Dedicated to Matt Haimovitz and the composer’s cellist-son Jonah, the work illuminates the musical playground of a boy on the cusp of manhood with double-entendre movement titles like “Puppy Love,” “Matt’s Monkish Machinations,” and “Jonah’s Jive Jump.” Following in the tradition of Elliott Carter’s Sonata for Cello and Piano, which set the 20th-century standard, Kernis’s work celebrates the richly textured fabric of American music. Haimovitz and Lam bring electricity and fearless virtuosity to the performance of this vibrant and important new work. Watch a video of the recording session for Movement 4 here. 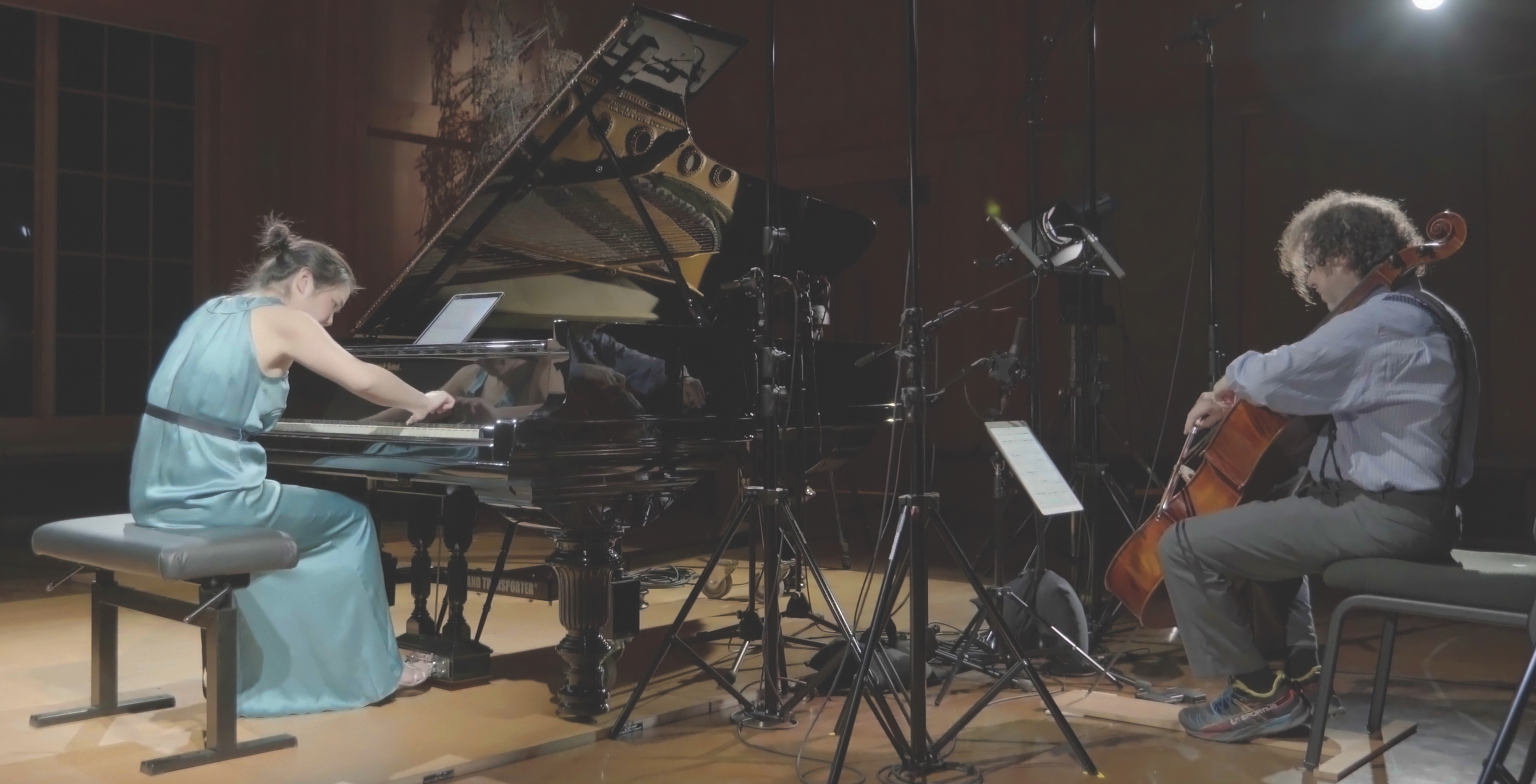 From Tippet Rise’s spectacular collection of pianos we hear beloved works by Chopin and Bach, performed by pianists Yevgeny Sudbin and Anne-Marie McDermott, who anchor the program with their sheer beauty and virtuosity. Pianist Jeffrey Kahane’s America the Beautifulis a gently poignant offering. Says Kahane: “This improvisation is my own deeply personal and heartfelt way of expressing my love for America’s extraordinary – and profoundly threatened – natural beauty, my grief at the way in which her best and noblest values and achievements are under relentless attack, and my prayer that there is yet hope for America’s redemption.”

Tippet Rise Art Center reopens for its third season on June 29, 2018, one week before the start of its third annual summer music festival which runs from July 6 through September 8. Itfeatures the world premiere of Aaron Jay Kernis’s String Quartet No. 4 (musica universalis), the second work composed for Tippet Rise, among other highlights. For further information please see:www.tippetrise.org

Founded by artists Cathy and Peter Halstead, Tippet Rise Art Center celebrates the concept that art, music, architecture, and nature are inextricably linked in the human experience, each amplifying the other. Tippet Rise’s 10,260 acre working sheep and cattle ranch features large-scale sculptures and other works by some of the world’s foremost artists and architects, including Ensamble Studio, Mark di Suvero, Stephen Talasnik, and Alexander Calder.