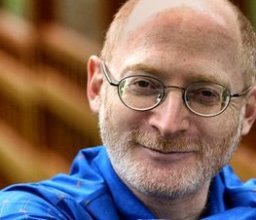 The Azrieli Music Project (AMP) is pleased to announce the distinguished jury for the Azrieli Prize in Jewish Music and the Azrieli Commissioning Competition: conductor Boris Brott; composer Aaron Jay Kernis; musicologist Neil Levin; conductor and composer Steven Mercurio; and composer Ana Sokolović. The two new prizes of $50,000 each were established this year to celebrate, foster and create opportunities for the performance of high quality new orchestral music on a Jewish theme or subject. The winning works will be performed by the Orchestre symphonique de Montréal and Maestro Kent Nagano at The Azrieli Music Project Gala Concert at the Maison symphonique de Montréal in October 2016.

“I am delighted to announce the five members of the Azrieli Music Project jury, who collectively represent an extraordinary wealth of expertise and diverse experience,” comments Dr. Sharon Azrieli Perez, who spearheaded the creation of the new prizes. “From eminent composers Aaron Jay Kernis and Ana Sokolović, to internationally acclaimed conductors, Maestros Brott and Mercurio, to Neil Levin, who has added so much to our depth of knowledge and understanding of Jewish music through his work as a scholar and with the Milken Archive, we have a truly outstanding jury. I look forward to their selection of the two worthy prizewinners.”

Aaron Jay Kernis is one of the youngest composers ever to be awarded the Pulitzer Prize, and was winner of the coveted 2002 Grawemeyer Award for Music Composition. One of today’s most frequently performed composers, Kernis is noted for his “fearless originality [and] powerful voice” (The New York Times). Recent and upcoming commissions include new concerti for cellist Joshua Roman and for violist Paul Neubauer, works for eighth blackbird, the Santa Fe Chamber Music Festival, and Chambermusic Northwest for David Shifrin and the Orion Quartet, and his third string quartet for the Jasper Quartet. Kernis was recently inducted into the American Academy of Arts and Letters and the Classical Music Hall of Fame. He was co-founder and Director of the Minnesota Orchestra’s Composer Institute for 15 years, and currently teaches composition at Yale School of Music, a position he’s occupied since 2003. His music has been recorded on Nonesuch, New Albion, Koch, Naxos, Virgin Classics, and Britain’s Argo label.

Neil W. Levin is recognized as one of the leading authorities in the field of Jewish music and is in much demand as a lecturer and presenter at university seminars and academic conferences throughout the United States, Europe, and Israel. Since 1993, he has been Artistic Director of the Milken Archive, which was founded to document, preserve, and disseminate the vast body of music that pertains to the American Jewish experience, and is also known for its groundbreaking 50-CD series released on the Naxos label. He has been professor of Jewish music on the faculty of the Jewish Theological Seminary of America in New York since 1982. Dr. Levin is also an accomplished pianist and a highly regarded choral conductor. He is the creator of “Vanished Voices,” a Holocaust commemoration incorporating his research into the music traditions of German-speaking Jewry, which was performed under his baton in 1996 at London’s Barbican Centre as well as in Los Angeles and New York.

Maestro Steven Mercurio is an internationally acclaimed conductor and composer whose musical versatility encompasses the symphonic and operatic worlds. He has conducted more than forty-five different operas at many of the world’s best loved opera houses. As a symphonic conductor, he has led the London Philharmonic, Prague Philharmonia, Sydney Symphony Orchestra, New Jersey Symphony Orchestra, among others, and the Spoleto Festival Orchestra where he was Music Director. Maestro Mercurio has conducted numerous historic telecasts, including the “Christmas in Vienna” series with the Vienna Symphony Orchestra for Sony Classical, highlighted by the 1999 concert featuring “The Three Tenors;” and the PBS special “American Dream–Andrea Bocelli’s Statue of Liberty Concert” with the New Jersey Symphony. Mercurio also led the worldwide tour of Sting, featuring the Royal Philharmonic Orchestra, and culminating in the DVD “Live in Berlin.” Also a composer, Mercurio’s “For Lost Loved Ones” was premiered by Zubin Mehta and the New York Philharmonic.

Serbian born composer Ana Sokolović is currently a Professor of Composition at the University of Montreal. Active in Canada since the mid-1990s, she has written for many of Canada’s orchestras and chamber ensembles, including performances throughout Europe and North America. She was the recipient of a National Arts Centre Award in 2009, and the SOCAN Jan V. Matejcek Award in 2008, 2012, and 2013. Professor Sokolović has also been honoured with major awards from the Conseil québecois de la musique, the Canada Council for the Arts and the CBC Young Composer’s Competition. The Société de musique contemporaine du Québec (SMCQ) marked the 20th anniversary of Ana Sokolović’s arrival in Quebec with a celebration of her body of work; more than 200 events were presented in her honour across Canada. She has just received a prestigious commission from the Canadian Opera Company for a main-stage opera that will be premiered during the 2019/20 season.

For the purposes of the Azrieli Prize in Jewish Music and the Azrieli Commissioning Competition, Jewish Music is defined as incorporating a Jewish thematic or Jewish musical influence. Jewish themes may include biblical, historical, liturgical, secular or folk elements, as well as themes and content drawn from contemporary Jewish life and experience. The AMP challenges orchestral composers of all faiths, backgrounds and affiliations to engage creatively and critically with the meaning of “Jewish Music.”

The Azrieli Prize in Jewish Music is an international prize, awarded to the living composer of a recently composed and/or performed work of orchestral Jewish music, of minimum 15 minutes duration. The work must have been written in the last 10 years (after January 1, 2005), and have never been commercially recorded. Composers may be of any age, experience level, nationality, faith, background or affiliation. Deadline for submissions by open nomination is January 1, 2016.

The Azrieli Commissioning Competition is a commissioning grant for a work of new orchestral Jewish music between 15 and 25 minutes duration. This prize is limited to Canadian citizens or permanent residents of any age, experience level, faith, background or affiliation. Submissions are now closed; the winning composer will be announced in June 2015.

The Azrieli Foundation is a Canadian philanthropic organization that supports a wide range of initiatives and programs in the fields of education, architecture and design, Jewish community, Holocaust commemoration and education, scientific and medical research, and the arts.